Over the years, RE/MAX Associates have distinguished themselves as stewards for the betterment of their communities, concerned not only with contribution to their communities, but also with the outcome of the contribution. These qualities – known as RE/MAX Premier Community Citizenship – are a dynamic part of the RE/MAX organization.

RE/MAX is involved with the sponsorship of the Children’s Miracle Network and its affiliated hospitals.  As well, RE/MAX of Western Canada created the “Quest for Excellence” bursary program to recognize the success and on-going pursuits of Western Canada students.

How STEVE Gives Back

In April 2006, Steve and his wife Cindy adopted their daughter, Mireya, from the Philippines.  Since first meeting Mireya in her orphanage in the city of Bacolod, it has become a Klassen family desire to help the underresourced community in the Philippines.

In March 2008, Steve and his son Jude went to the Philippines again, but this time to a remote island called Siargao. They were involved with a ministry called Hope For the Island. Hope for the Island serves the impoverished, orphaned, widowed, sick, and uneducated. Steve and Jude brought with them basic medicines, ointments, and clothes for the Ministry to use. Both Steve and Jude were deeply moved by their experiences there.

In March of 2010, Steve and his daughter Adrianna travelled to Hope For the Island with a team from their church to serve the needs of the poor in Siarago. After 2 weeks at Hope For the Island, the team flew back to Canada while Steveand Adrianna stayed in Manila until the rest of the Klassen family joined them from Canada to begin the next chapter of the “Big Adventure”. The Klassen kids were about to get another sister.

Steve and Cindy again adopted from the Philippines; this time it was Nicole. This made the total number of kids in the Klassen clan 5! Then, in 2014, Steve, Jude, Adrianna, and Mireya travelled with a team from their church to Hope for the Island to continue the work that Steve and Jude started.

In March of 2017, the Klassen’s adopted 9 year old Andy from the Philippines, making the count of Klassen children now 6! 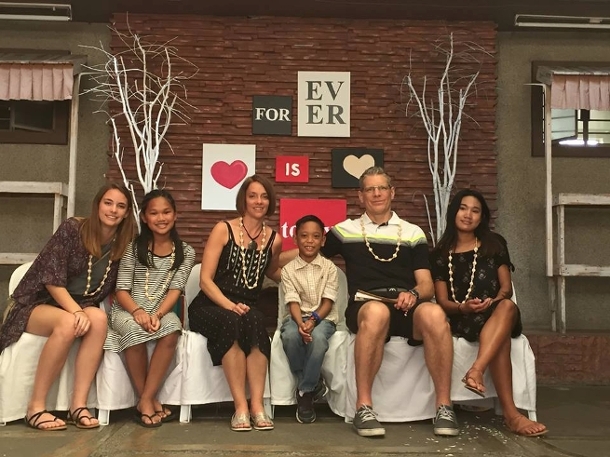 The Klassen’s are key financial supporters of Hope For the Island, and Steve now serves on the Board of Hope for the Island Ministries. Steve also supports the Langley Food Bank, Easter Seals 24-Hour Relay For Kids, World Vision, his Church, and other agencies involved in orphan care and support.